The discovery of coffee: the legend of Kaldi 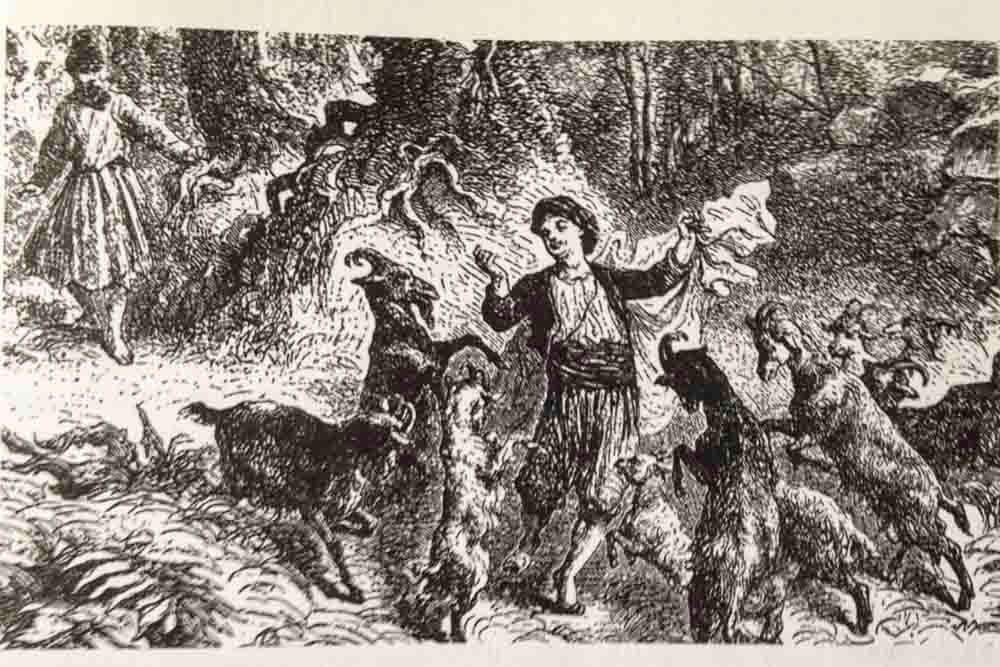 Ever wondered how coffee was discovered?

The origins of coffee are still shrouded in mystery, but there a few legends around about the discovery of coffee. The most popular is the legend of Kaldi the goatherd, reported by William H. Ukers in his book All About Coffee.

Once upon a time in Ethiopia there was a shepherd named Kaldi. One day he noticed his (usually “irreproachable”) goats were behaving very strangely. They were prancing and dancing around full of energy and delight. Even his very dignified buck had abandoned his solemn stance to leap about like a kid.

“What’s going on?” he wondered and, upon investigation, he discovered this extravagant behaviour was due to some red berries the goats had been eating. Apparently, Kaldi had quite the gloomy soul so he didn’t ponder much before munching on a mouthful of berries to cheer himself up.

And it worked wonderfully: he became the life of the party (although a very weird party).

Do you want to know more about the origins and distribution of coffee? Check out our article about Arabica vs Robusta coffees

Then, something happened which is probably a raver’s worst nightmare: a monk walked by! You can imagine the scene in front of him left him quite surprised. Goats were pirouetting like there was no tomorrow. The buck was basically doing the Flashdance routine. And in the middle of all this, Kaldi was showing off a mean pastoral dance.

Luckily, the monk had his own cross to bear (even though he most definitely wasn’t Christian).

This particular monk couldn’t prevent himself from nodding off during prayers. So, you see, he immediately saw an opportunity there, when the herder explained the secret to that joyous mayhem. The monk brought the fruits back to the monastery where he dried and boiled them.

Soon, the coffee concoction became popular among all the monks of the realm because it helped them pray, and, perhaps, because it wasn’t half bad.

So we should thank that heavy-hearted Ethiopian shepherd and his dancing goats for their curious and probably reckless mind which led to the discovery of coffee, and also that sleepy monk, if today we can enjoy our delicious steaming cup of coffee in the morning.